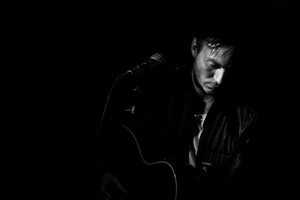 With just his guitar, his voice and heartbreaking lyrics, audience around Denmark has been left speechless by the very emotional shows. But now after half a year alone on the stage, Kenneth Nefling aka The Victim has chosen to team up with a solid backing band, which is ready to hit the road to promote the forthcoming album, an album recorded with help from some of the best and most experienced studio musicians in Denmark.

The first single “California” had its release 21st of December. The single creates a perfect image of the universe The Victim is in. With inspiration from the American songbook, the word of the music has already been spread to other parts of the world. Latest the local radio station Hit XM Las Vegas has been praising the work of The Victim.